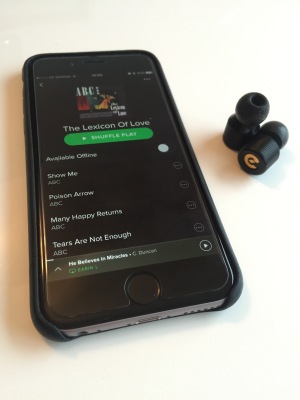 When I was a child, decades before the Internet, mobile phones and even years before CDs I used to imagine what the future would be like. I grew up listening to music as my father never stopped playing records and it’s still something I love to this day. I distinctly remember thinking how awesome it would be to have a device that contained all the music there’s ever been so that I could just tell it I wanted to listen to Queen and it would play their entire collection. I imagined it being a small cubic device that fitted in the palm of my hand. At the time it seemed an impossible dream and yet in my pocket is exactly such a device – an iPhone with 4G and Spotify. And now that seems normal.

However my 10 year old self, used to wearing bulky headphones, also imagined that headphones of the future would just sit in my ear without cables, transmitting music directly into my brain without getting in my way (I considered implants but thought that a bit invasive). And until today that idea remained exactly that – a dream unfulfilled. Back in June 2014 I spotted a Kickstarter project that promised to deliver exactly what I wanted. Wireless earphones that sat in each ear, no cables, minimal size, great sound quality and an earphone case that also recharged them. The project was called Earin. I hadn’t even finished watching the video before reaching for my wallet to pay.

And now, after much delay, I have my hands on a set and this is what they look like: 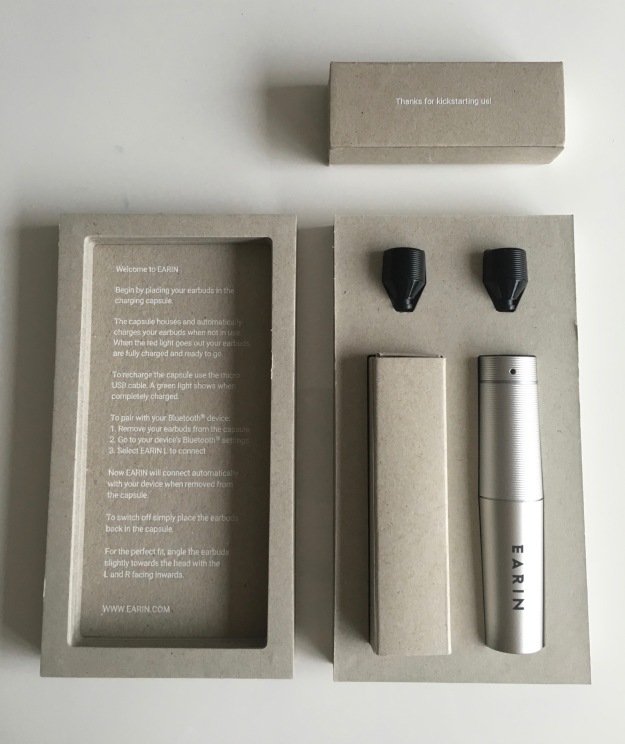 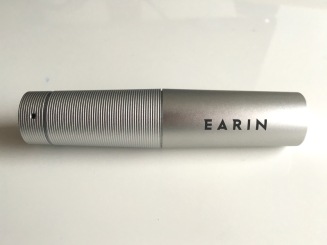 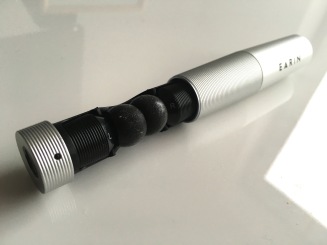 The Earbuds In Storage 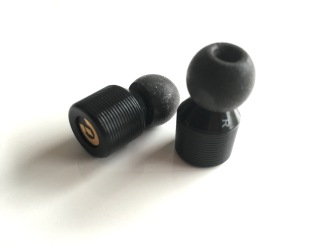 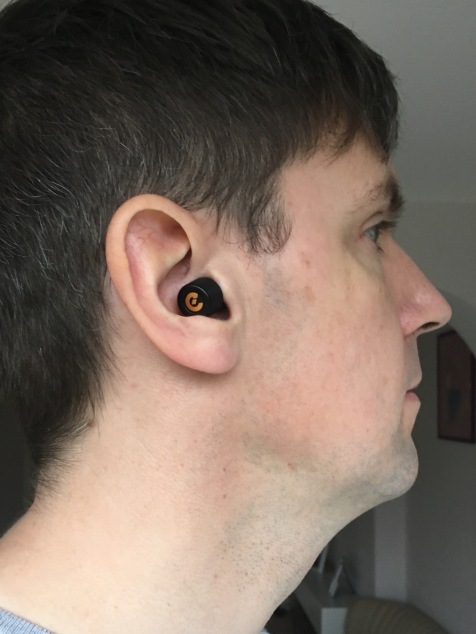 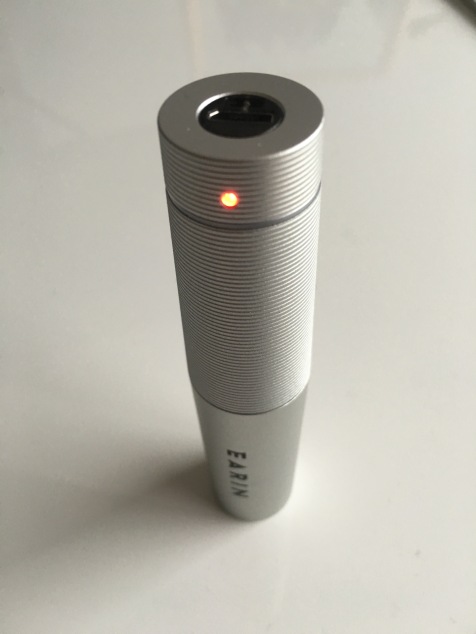 The Light Goes Red While Charging The Earbuds

I expected after such a long delay to be disappointed, particularly reading about failed Kickstarter projects not delivering, however to say the least my expectations have been exceeded. The design and fit and finish is very high quality, like something from Apple.  You plug the capsule into your computer via a USB cable to fully charge it, then it recharges the earbuds whenever you store them inside. They come with a couple of sizes of ear cushions but the standard foam ones fit me perfectly and once in I don’t feel them at all.

The most impressive thing, however, is the sound quality. When I first started playing music I thought they were great and are made even better when running the Earin app and turning the bass boost option on. The sound is as good as the Bose earphones I normally use and the noise isolation from the foam earpieces is excellent.

I’ve worked out in them, laid on the sofa with them, walked around the kitchen with them, wandered about town with them and it’s basically like having music plugged directly into my brain (my 10 year old self would be impressed). No getting the cable caught on my clothes or a door handle and yanking my ear off. They just work and it feels that now, finally, I’m living in the future. The original promotional video talked about doing one thing – playing music – very well and that’s exactly what they’ve done with Earin.

So far the only thing I’ve noticed is that maybe once an hour the sound in the right ear drops for about half a second and comes back. It’s a tiny glitch that, given the huge upside of great sound and no wires, is well worth living with. If you have a chance to get a pair (supplies are currently limited) then I’d highly recommend them. For a version 1 product they are astonishingly good. More information here.