It all started with an email. No wait, it started a while before that. A friend has a Lhasa Apso called Cindy that my good lady and I have looked after a couple of times. Lhasa Apsos are small dogs and the way I describe them is that they’re bigger than the sort of handbag dogs Paris Hilton has, can be dragged up mountains (because they’re tough), but are not exactly what you’d call macho dogs. They are, however, cute.

So we’ve looked after this dog a couple of times and because she’s such an easy going pooch we started thinking that some time we should get one (as you may remember me writing about here). Then Cindy’s owner sent her dog off to the stud farm to get pregnant, and a little while later she gave birth to 3 gorgeous pups. These little beasties:

We were very tempted to get one of them but in the end decided not to. My good lady was between jobs, I was office based and we just weren’t ready to go through puppy training yet so decided that the next time Cindy had puppies we’d get one. And then I got an email. You know, the one I mentioned earlier.

My good friend Ben emailed to tell me that his parents (who live in the middle of nowhere in the Yorkshire Dales) had came across a lost dog that had appeared at their door wet, skinny and in need of help. Oh, and he was a Lhasa Apso. They were going off on holiday so dropped him off with friends who have a couple of other dogs. They took this little lad in, fed him up and cleaned him up. It turned out he belonged to a local elderly lady who had quite a few dogs and couldn’t really take good care of them. Her children were trying to re-home some of her dogs and apparently a couple of them had run away, one of which was this little Lhasa. He was impeccably well behaved, very chilled out and adorable by all accounts. She signed over ownership “to whom it may concern” and it was time to find a home for this unfortunate little pooch. Which was where Ben’s email came in.

His parents had fallen in love with the little guy but travel a lot so weren’t sure they’d be the best people to take ownership of him but didn’t want him to end up at a rescue centre. Since Ben knew we liked Lhasa Apsos and had been tempted to get a dog he asked if maybe, possibly, we might be tempted to give him a home. My good lady had just found a job, I’d just changed roles meaning I’d be working from home a lot more and the planets seemed to be aligning so I say “yes”. Ben said there was no pressure to take him, however just a few days later we found ourselves driving into to the middle of nowhere in the Yorkshire Dales (it really was the middle of nowhere) to see this dog and I’d already bought the bare essentials: a dog bed, lead, collar, shampoo, brush and some bowls:

I’d also ordered a dog tag with his name and my mobile number on it. So you can tell we were feeling pretty positive. Turns out our optimism was justified. Little “Billy” turned out to be the most chilled out, well behaved dog I’ve ever met. Gorgeous and most definitely coming home with us!

The first couple of nights were tough as we wanted him to sleep in the kitchen and he barked for both nights. Eventually he’s settled down though and has been an absolute joy ever since. He’s 2 years and 9 months old and the nice thing about not getting a puppy is he was already house trained. He’d not been taught the usual dog commands like “sit”, “stay”, “roll over” or even responding to his own name (the latter which he now is – he’s a fast learner) but he does what we want him to do and Cesar Millan (the Dog Whisperer) wouldn’t even be interested – Billy’s already a calm submissive, well behaved dog that most certainly doesn’t need Cesar’s help!

Anyway, as well as giving us endless fun and companionship he’s also extremely photogenic so I expect he’ll be making an appearance in most things I post here from now on! 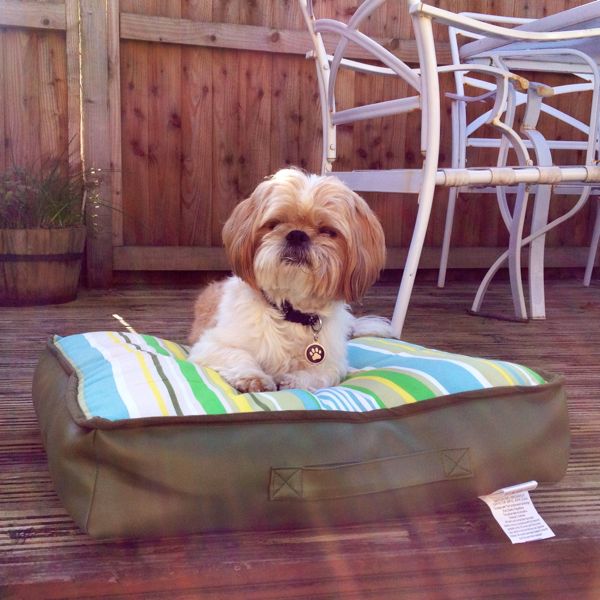