They say you don’t really know a person until you walk in their shoes but I think one way to get a feel for a person is to see what they keep in their wallet. I’m not exactly sure what it reveals about you but I thought I’d document the contents of my wallet so you can see what’s in there and what it says about me. 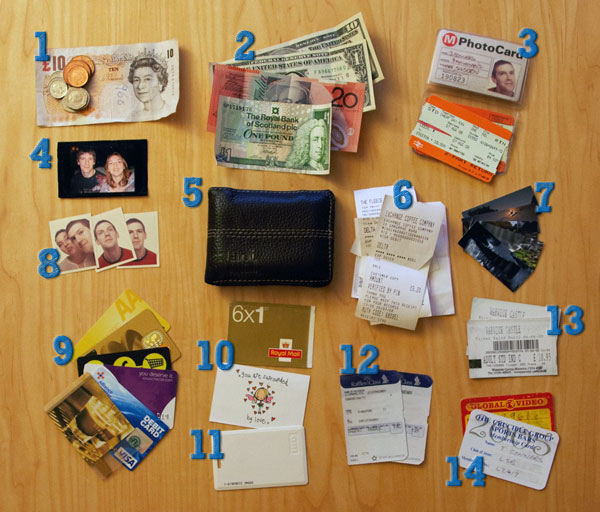 So taking them from the top, here’s what you can see:

I guess my first thought is that I’m quite sentimental considering how many things are in there that are there purely to evoke memories! So what do you think it says about me? And what’s in your wallet?!