My company has been looking for the past while to hire someone with very strong software development skills using Microsoft ASP.NET with C#, SQL Server and a host of the usual 3 letter acronyms (which I won’t bore you with). It’s pretty much the standard skill-set of any current developer that works on the Microsoft platform building web applications – so nothing out of the ordinary.

In addition to these skills we’re after someone who can not only sit in a corner and write code, but can go in front of business people (i.e. non-technical types) and gather requirements, spec out a piece of work, build it, deal with customer changes and ship it to end users. Someone who can work on their own and as part of a team as the projects dictate, has no ego and is just a normal person at the end of the day. We’re pretty much looking for someone like me or Ian. Writing a blog or being obsessed with your hair is not a requirement! 😉

Now that said, what we’re really after is someone who’s smart and gets the job done. We’d far rather hire someone who has less experience in our toolset but is smart enough to pick it up than someone with loads of experience but isn’t very bright. As a further twist, I along with my boss have been doing the interviewing! Although I’ve not interviewed everybody, thank goodness.

The thing I’ve found amazing about the experience is that we’ve been taking the absolute best CVs that have come in, throwing loads of others out. We’ve been in the software game for long enough to know what we’re looking for and time after time we read a CV and think “hey, this person looks great, with their experience they could be the one”. We bring them in and time and time again they bear absolutely no resemblance to the person on their CV.

We split the interview into 3 parts. 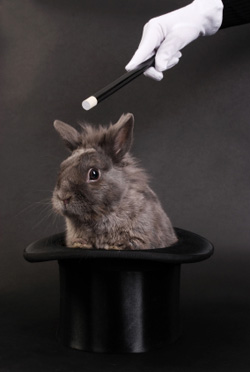 It’s the last part that’s surprised me the most. Since it’s an interview situation, you’re under a lot more pressure than in a normal day so there’s no point making that worse with an extremely complicated trick problem. The test is in fact very easy. You get to sit down with Visual Studio 2005 to write a single method for an already-existing console application. You’ve got a spec telling you exactly what it needs to do and some helper classes and methods to provide you with what you need. In essence you need to match all orders for a given customer and the code is already there to return all the customers and all the orders for a given customer. It should take no more than 10-15 minutes and when I wrote it some of us thought it was so easy that it would be a waste of time.

Even under the pressure of an interview situation anybody who can actually write code should be able to waltz through it. Since you have full access to the documentation and internet in the test, even if you don’t know C# but can write any sort of code, you can probably work it out!

We leave them to have a read of the spec and come back to answer any questions they might have. Then we give them 10-20 minutes and see how they’ve done. It’s not a black-and-white right-or-wrong test as it’s really just to see if they can actually write code and if it doesn’t work first time (none of the code I ever write does) then can they debug it and work out what’s wrong, with some help from us if need be. You wouldn’t hire a magician without watching them do a few tricks would you? There are lots of opportunities to ask what-if questions just like you’d do in the real world and rather than a “test” we look at it as a way of having a discussion.

But what’s left me utterly beside myself is that virtually all the people we’ve interviewed that consider themselves to be very strong developers have done absolutely terribly at the test! It beggars belief that people who can’t even compare a string to another string should be writing software for a living – comparing strings is one of the most basic things you can do in software. It’s like a plumber not knowing how to turn off the hot water supply. Some of the interviewees have 15 years development experience with CVs that look far better than mine and talk the talk, but have clearly managed to survive using the drag-and-drop method of writing software without ever understanding what they’re actually doing. No hire.

Now I know we’re not going to attract the creme de la creme to work on a hill above Halifax in Yorkshire even if we do score 8/12 on the Joel Test (which isn’t too bad – and we’d have 11/12 if it weren’t for some of our management). And I know that most decent people aren’t looking for jobs because their employers realise how important they are and pay them so much money that they’d never leave (heh heh, yeah right). But we’re surely not being unrealistic to think we could find some people who can actually write software and communicate with other human beings.

One thing about the technical test we’ve found is that it hasn’t made us change our opinions about a candidate. If they were doing badly and did well on the test we’ve still said ‘no’ and if they’ve done well everywhere but the test we don’t rule them out. By having a chat with someone for an hour we reckon we can pretty much tell if they’re a good fit or not even without testing their coding so for now we’re going to move the test into the second interview stage (which is usually just a formality and chance to meet the director and more senior people than us) and use it as final confirmation rather than wasting half an hour with someone now that we already know we’d not hire.

Fortunately the last time we hired someone we found a guy who really blew us away. I was starting to lose hope that decent people existed but then in walked my future colleague who was clearly a really nice guy, intelligent, sharp, on the same wavelength as my boss and I and of course he flew through the technical test in record time!

But until we get lucky enough that another superstar walks through the door we’re wasting a hell of a lot of time interviewing people who we can tell within 20 minutes aren’t going to cut it – but because we’re nice people we don’t say “Stop! There’s no point carrying on – get out!”, we give people every opportunity to show us what they’ve got. It’s hard work and I’m glad I don’t have to do it all the time. I’m almost inclined to take the advice I read somewhere about recruiting and throw half the CVs in the bin because you wouldn’t want to hire someone who’s unlucky! 😉