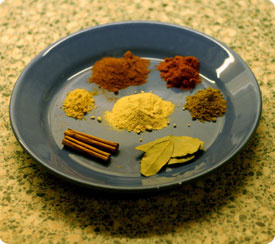 It tends to surprise most people but actually – and I’m only saying this because I’ve been told, not because I have a sky-high ego – I’m not a bad cook.

This isn’t the result of any form of training or any skill that’s been passed down from generation to generation in my family and it’s definitely not as a result of me spending years trying to perfect the art. No, I have a tried and tested technique that pretty much never fails. It goes something like this:

I don’t cook that often (my good lady does most of that since I’m too lazy) but when I do I try to do a decent job of it. For example, we had some friends round on Saturday night and this was the menu:

Our guests agreed that the whole meal was delicious. I was genuinely thrilled to see everyone clear their plates and go on about how delicious it was. But frankly I don’t take any credit for things like that – it’s the person who wrote the recipe that did the work, I just followed it to the letter and didn’t get imaginative. If the recipe demands 100g of dessicated coconut, that’s exactly what I’ll add. If it says to sear the scallops for a minute or so until it’s golden on each side, that’s exactly what I’ll do. Any time that I deviate from a recipe with thoughts like “I’m sure another dash of cinnamon will make it better” or “ach, that’s way too much sugar, I’m not putting all that in there” or “yeah, this meringue’s fluffy enough – I don’t need to do all that whisking” then I’m always proven to have been wrong.

While my friend Stuart was beating me at squash for the umpteenth time a few years ago he told me the key was to “play the percentages”. I never did learn to do that with squash but with cooking that’s exactly what I do. Pick something pretty simple, follow the recipe, don’t get creative and while I’ll never create a masterpiece, I can knock a pretty decent meal together. So when I hear people say that they can’t cook – I know they’re just not trying hard enough and they’re not doing what the recipe says. If I can cook then anybody can!