I decided to install the first release candidate of the new operating system from Microsoft called – as I’m sure most people know – Windows Vista. Like all users, I’m not a big fan of change so it took me a while to get used to where everything’s moved to. Much like Office 2007, things are more logically organised, it’s just that when you get used to them one way it’s hard to adapt to the new way, even if it’s more logical.

Once I got past that I was a bit underwhelmed initially to be honest. I like Windows XP and I’m quite happy with it. My initial impressions were that while there was some fancy new eye candy there really wasn’t anything groundbreaking that would make me say “ditch XP and go to Vista now!”. However under the hood, an incredible amount of work has gone on to make Windows more secure and run faster.

In terms of security, frankly I found all this User Account Control to be a pain in the ass so I disabled it. The idea is that you run software and it’s run as a restricted user so it can’t do any malicious damage to your machine, unless it requests admin rights and then you’re asked if you want to grant them. This can be irritating when it pops up for everything you run (an exaggeration I know but it feels that way after a short while), and even more irritating when you run older software that unwittingly accesses “restricted” areas as part of its normal operation so stops working correctly. I found this with TextPad not being able to remember all of its settings, for example. You can opt to run applications as an administrator but it’s still a pain and gets in your way when using software not designed to use it (I guess a lot of software companies will have to release patches to fully support Vista). Since I know what I’m running, I just turned UAC off for now, I’ll take the risk!

In terms of performance it seems to be a lot faster than Windows XP, which is no slouch. I’m testing it on my trusty old dual P3-800 workstation with 1GB of RAM (which used to be BUILDMACHINE3 at a company I used to work for) and while the fancy Aero glass interface won’t render (the graphics card is ancient) it really does fly.

It’s a lot easier on the eye too. I can suffer from eye strain when staring at a computer screen for too long so sometimes wear glasses. With Vista I’ve noticed I don’t need them at all and I can stare at the screen for hours and have no eye strain whatsoever. They’ve obviously done something to the fonts and ClearType because it’s just so much easier to look at!

So it’s faster than XP, looks better than XP, has some fancy software that XP doesn’t have and a lot of redesigned GUI like the Start menu and control panel amongst others. I was looking forward to using it from now on. But I’ve hit a problem. “Find in Files” hangs Visual Studio 2003 in Windows Vista and it’s not likely to be fixed. You see, Microsoft are not going to support Visual Studio 2003 on Vista.

I can perfectly understand why. In previous versions of Windows Microsoft have gone to unbelievable lengths to preserve backwards compatibility with older software. The number of workarounds coded into Windows for bugs in 3rd party software is staggering. However since Vista has such a different security model to previous versions, some things are just going to break and in the interests of protecting end users in the future and moving the technology forwards, that’s a sacrifice they’re making. Were I in the shoes of those making the decision, I suspect I’d make the same call. 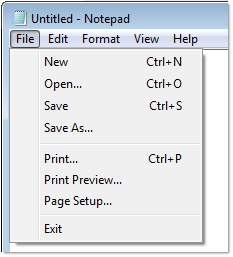 It’s very easy for someone to criticise and say “well they should just fix it”. But when you see the amount of work that goes into every feature that makes it into Windows (in short, anything ending in “bility”, such as reliability, localisability, internationalisability, compatibility, usability, testability, manageability, upgradeability and so forth), you have to admit that you just can’t do everything, you have to make judgment calls and do what you think is best. Putting a feature like Print Preview into Notepad would be a straightforward coding task, but to get it into the next version of Windows would take a hell of a lot of work and quite a few people – all of which takes time and money. They have to choose very carefully where to invest that time and money if they want to actually ship the product in the next century. Those who are quick to criticise clearly don’t appreciate what a massive undertaking shipping a new version of Windows really is – you just can’t get away without having such controls in place to ensure shipping a solid product. It would certainly scare the hell out of me!

I still use Visual Studio 2003 to develop John’s Background Switcher and some other bits and pieces. In fact that’s all I use it for since at work I use VS2005 and .NET 2.0. I’ve been tempted to move to VS2005 for many reasons including the number of bugs fixed in 2.0 that exist in 1.1, although I’ve not done it yet since .NET 2.0 penetration is nothing like as high as 1.1.

However for the time being it means I won’t be running Vista exclusively since the only work I do on my home machines is VS2003 based and I seem to use “Find in Files” a surprising amount! It’s a shame because Vista really does look impressive and the more I’ve been playing with it the more I’ve liked what I see. And remember, I don’t like change, so for me to jump to a new version of Windows, I must be going to a better place…

Update (27 Feb 2007): Jim Salem found a fix on the MSDN forums for the Find In Files problem I mentioned with VS2003 on Vista – check the ‘Disable visual themes’ box on the Compatability tab of the properties for the shortcut to VS2003. Thanks Jim!